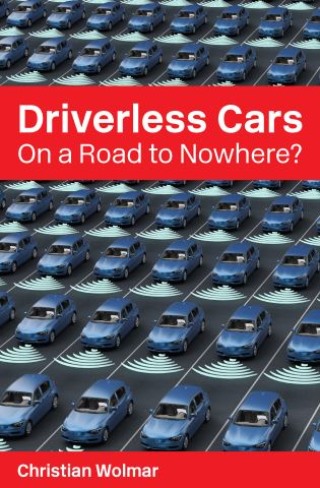 Driverless Cars: On a Road to Nowhere?

Wolmar's entertaining polemic sets out the many technical, legal and moral problems that obstruct the path to a driverless future, and debunks many of the myths around that future's purported benefits.

Christian Wolmar: Christian Wolmar (christianwolmar.co.uk - @christianwolmar) is an award-winning writer and broadcaster and is widely acknowledged as one of the UK's leading commentators on transport. He is the author of more than a dozen books on transport issues and regularly appears on TV and radio. He has written for The New Statesman, The Times, The Guardian and The Oldie, among many other publications.